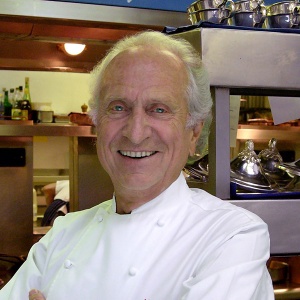 Michel and his brother Albert made gastronomic history when their London restaurant, Le Gavroche, (opened in 1967) became the first three Michelin-starred restaurant in Britain in 1982.  Their second restaurant The Waterside Inn at Bray gained three Michelin-stars in 1985, and under Michel's direction has held them ever since; a staggering 35 years.

Michel was a master patissier awarded the prestigious 'Meilleur Ouvrier de France en Pâtisserie' in 1976.  The recipient of many awards and peer recognition, in 2002 Michel was awarded an OBE, and in 2004 the French Legion of Honour.

Together with his brother Albert, they have been described as the 'godfathers of modern British restuarant cuisine' with more than than half of the 2010 Michelin starred chefs in the UK having trained in one of their kitchens.

Many of Australia's leading chefs have also worked and trained under Michel and Albert.

Michel leaves a significant legacy; not the least his part in founding with his brother the Roux Scholarship

Michel was also the bestselling author of more than a dozen significant classic French orientated cookbooks which deserve a place in any serious cook book collection. Roux, Michel. Only the Best: the art of cooking with a Master Chef. Quadrille: London, UK 2002. 4to lg HC 192pp. (translated by Kate Whiteman; photography by Martin Brigdale) VG/VG